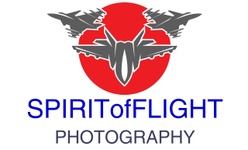 There's much to see here. So, take your time, look around, and learn all there is to know about me. I hope that you enjoy my site and take a moment to drop me a line.

I have enjoyed aviation since my early teens when I used to go flying most weekends with a friend and his father in Dragon Rapide (G-AGSH) from RAF Abingdon to the parachute centre at Weston-on-the-Green Oxfordshire.

My full-time job (I'm employed as a civilian fire-fighter working for the British military) has enabled me to fly in various military aircraft such as the C130 Hercules, VC10 and Tristar alongside the Sea King, Chinook and Lynx helicopters. My most notable Flights occurred whilst on tour In Bosnia and involved day and night winch training out of a Sea King helicopter and being invited onto a demonstration flight of a Czech HIP helicopter.

My aviation photographic interests began back in 2002 when I attended the Royal International Air Tattoo (RIAT) at RAF Fairford. I have now amassed in excess of 100,000 images (not all of them good I might add) and more than 6,500 Images of individual air frames.

I have had work published in Aviation magazines, newspapers and featured on Central Television, I have also had my work displayed in a local art gallery. I have supplied many pilots with images of their aircraft which of course means that when I'm not at work I can normally be found at one of the my local airfields much to the annoyance of my wife Jenny.

Keep Up to Date!

Sign up to hear about newly released prints and upcoming events!